The Art of Shaking Hands

Non-verbal forms of communication have existed for as long as humans have existed, even before defined language came into existence. One of these, is the everyday handshake between two individuals. When two people shake hands it is not just the exchange of gestures, it could be much more than that: an exchange of attitudes, greetings, even a way of depicting personal self-worth.

Non-verbal forms of communication have existed for as long as humans have existed, because even before defined language came into existence, humans were communicating with each other, through sounds and body gestures, predominantly, hand gestures.

Although hand gestures in the primeval times had a different meanings than what they do now, the purpose is still the same – communication. 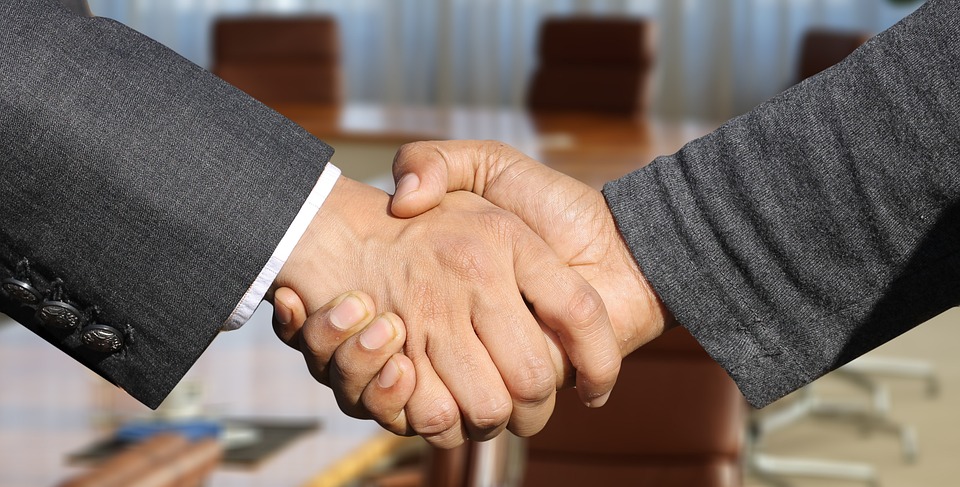 Why do we shake hands?

When you shake hands with someone, it is not just the exchange of gestures among two individuals, it could be far more than that, an exchange of attitudes, greetings, even a way of depicting assertiveness. Handshakes are common in almost all settings, whether it is professional, or social life, these small gestures have the strength to convey strong notions and ideas, that may not appear evident.

If you are just beginning to set foot in your professional life and want to acquaint yourself with all the knowledge and ideas regarding personal and professional ethics, this is the article for you!

If not, this could still be a very informative and interesting area, as different handshakes have various meanings and could tell you far more than is outwardly visible.

1. Position of the Palm

This type of handshake entails the significance of the position of a person’s palm when they are shaking hands. If the palm faces downward, and the hand is on the top, in a horizontal position, this is indicative of a person who has a domineering personality and wants to make sure the other person is aware of their authority and power.

The palm which faces upward, indicates the contrary – submissiveness to a domineering person.

You want to look out for such gestures, better to know which people around you are more assertive in nature, than submissive. 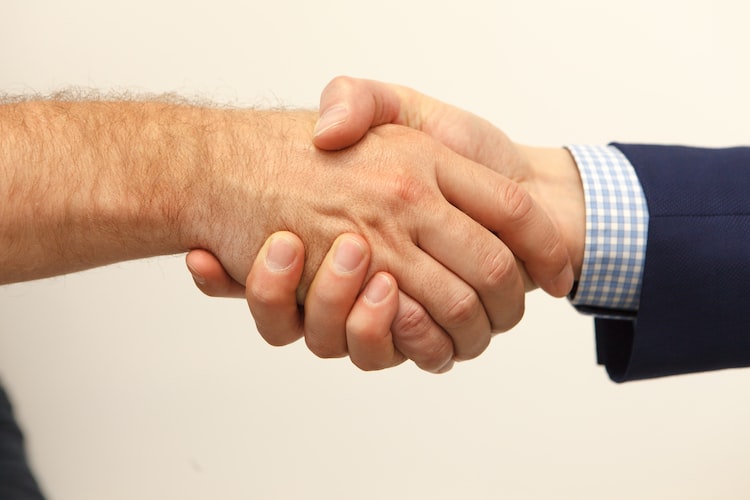 This type of handshake has a self-explanatory meaning. If the person shaking your hand is using a strong amount of pressure, enough to crush your bones in a minute or so. Such individuals are trying to intimidate you with the firmness in their gesture. Certain professions look for individuals with such attributes, who are ready to profess their domination through the firmness of their gestures.

This type of a handshake is commonly observed on our television screens, especially when two politicians are seen greeting each other. You will also witness this handshake after the signing of a contract or a merger – the two parties will use this handshake 9 times out of 10. They use one hand to shake the other person’s hand, and the other to place on top of it, affirming their sentiments of trust and honesty. 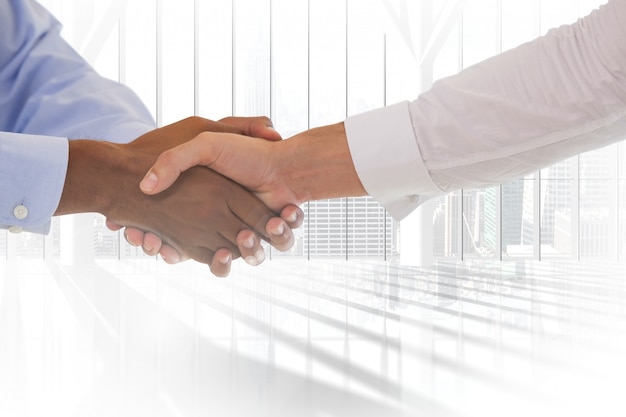 4. Display of Palms While Greeting

Apart from certain handshakes, there may be certain hand gestures which are not necessarily a “handshake”, however, do suggest a meaning. A display of palms is employed quite often during meetings, when people are predicating their own harmlessness to the other party. 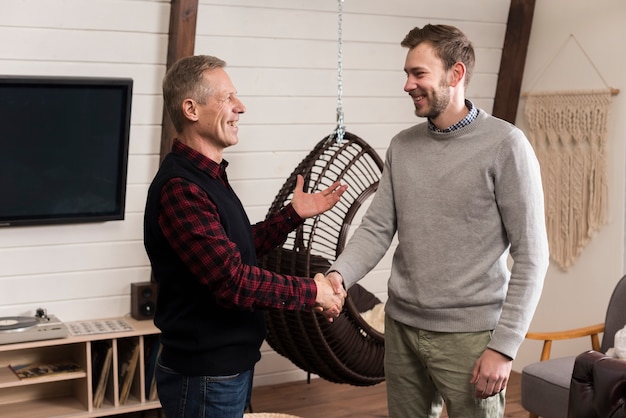 This hand gesture may not have as much meaning to it as in Eminem’s song, but it surely is significant to know. Such handshakes come from people with sweaty palms, implying nervousness, as people often sweat when nervous.

Ah. The handshake you definately want to avoid. Imagine holding a dead fish in your palms and gently squeezing it… gross. I know. This is a type of gesture where the other person has no interest whatsoever in greeting you with a handshake, thus the metaphor – dead fish. It seems so dead and meaningless, implying that the person might not be receptive to meeting or greeting you. 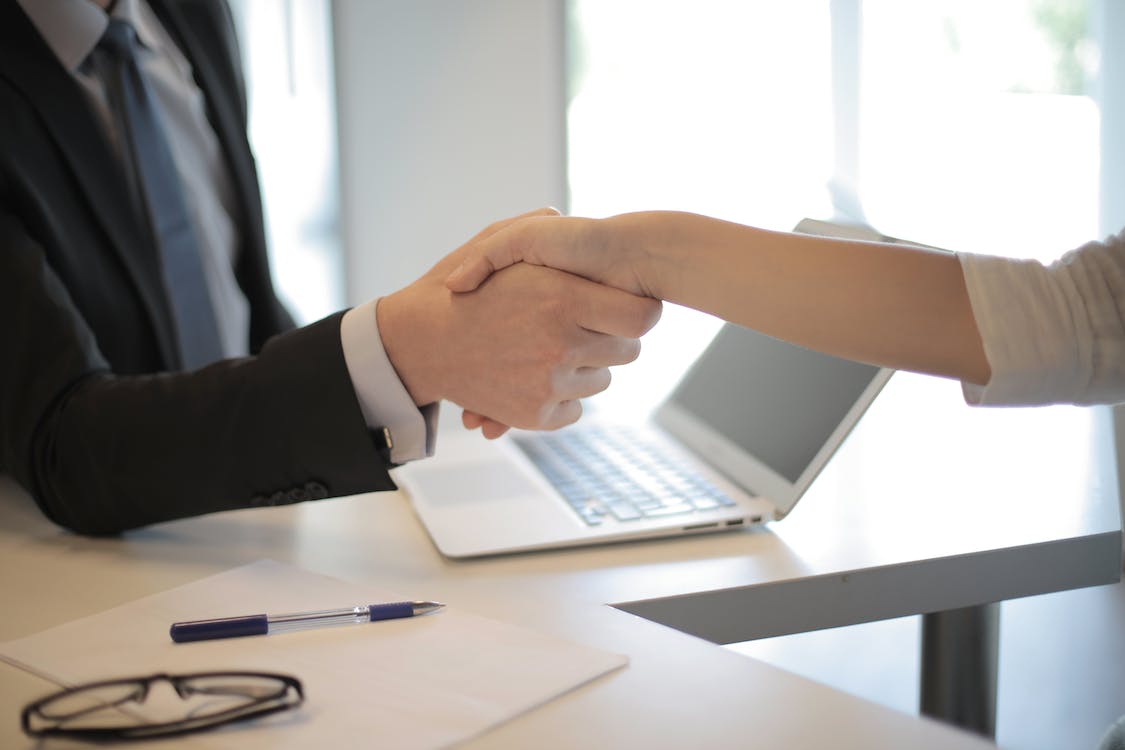 As apparent as it sounds, brushing off implies a refusal to converse with someone or simply showing lack of interest. This is a quick and speedy grasp of two hands. It could imply that the other person is not so in seeing you, or just wants you to know that they are here to make a statement, and your presence is quite unimportant for them.

However, it could also mean an overly-excited person who is in a major hurry to get down do the business at hand. Judge this handshake by the person’s demeanour and the reason for the meeting. 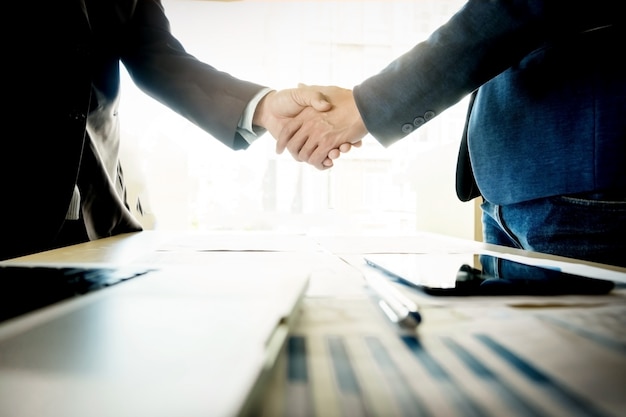 This is a special type of handshake which proclaims assertiveness. Such a handshake starts with a normal hand gesture of two palms grasping each other, and then one of the hands guides the other, or pulls it towards something, like a door or chair. You could think of it used in situations like a party, where some friend who just saw you, pulls your hand to guide you somewhere to sit and talk. These gestures could imply dominance.

Ever tried shaking hands with a baby, or a toddler? They would most probably advance towards your fingers and not the entire hand. Although it is obvious that babies do that because their tiny hands cannot entirely clasp big human hands, but when adults do this, it has a different meaning.

If an adult is only shaking your fingers, while you proceed to grasp their hand and do a palm-shake, they may not be comfortable in allowing you to touch them, or simply want to maintain a healthy distance. Such people might be reserved, and do not appreciate physical gestures of communication with everyone, especially those they are meeting for the first time. 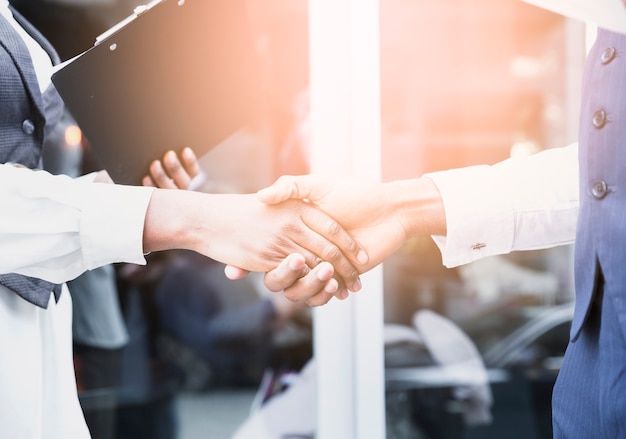 Lobsters have huge claws which they use to catch prey and not let it escape their control. Lobster Claw handshakes, on the other hand, are different. When a person uses only their fingers and thumb to shake your hand, creating a 'hook' like effect, it is usually known as the Lobster-claw Handshake. Such individuals may have preconceived notions about their status in relation to you, or, might not be fond of manifesting a deeper connection with the other person in the first meeting. You want to be mindful of such individuals and allow them to exert a greeting at their own pace.

Apart from the above-mentioned different handshakes, which can be observed in professional and social settings, there are certain hand gestures distinctive to professional settings only.

This type of gesture may come from a person of higher authority, like a director, or even a high-profile client. They start with a firm handshake, leading to the careful, yet firm grip of the forearm, demonstrating authority and power to the other individual.

However, you need to be vigilant that the hold of the forearm does not last more than five seconds, if it does, you have invaded the personal space of the other person, or perhaps someone has done that to you. Watch out for that! 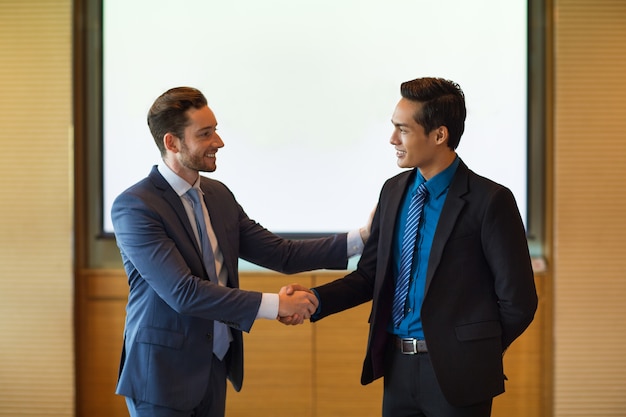 Now handshakes can have various styles and depict entirely different meanings. When a person shakes your hand firmly, and does it twice, while giving you a strong eye-contact, they intend to transmit a sentiment of high self-esteem and confidence from their meeting with you. An authoritative figure might do that to predicate their happiness with your work, or you, in general. 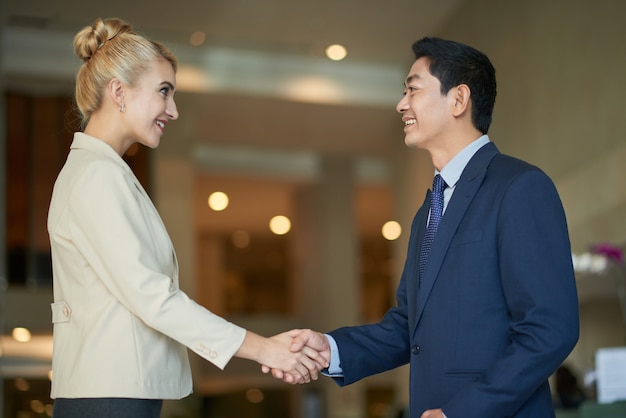 The 10 Best Under Eye Concealers According to Makeup Lovers

Impact of Covid-19 on Relationships

Impact of Covid-19 on Relationships

7 Important Questions To Ask Someone You Are Dating

What To Do When Your Man Is Confused About Your Relationship?

Are You PCOD Suspect?

PCOD is common problem among females these days. Complete awareness of this disorder...

This site uses cookies. By continuing to browse the site you are agreeing to our use of cookies.